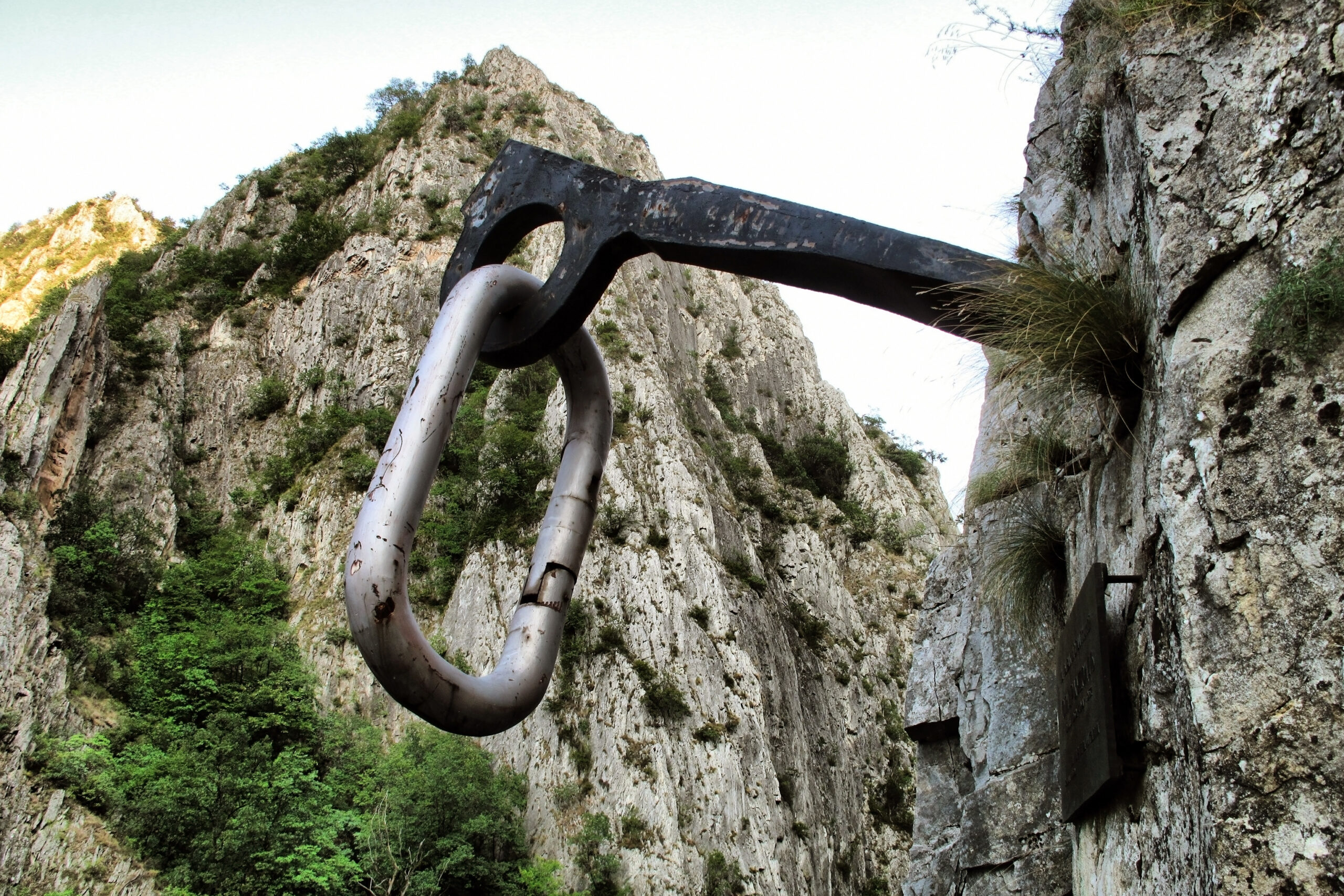 Fear is what we fear

I did my first lead climb last week. It was pretty scary.

For those that don’t understand, in rock climbing, a lead climber is the first one up the rock. He pulls a rope up behind him. In our case, we were sport climbing, meaning there were bolts drilled into the rocks on the way up so I could clip a rope in as I went.

The process goes like this. While still on the ground, you tie your harness into the rope and a partner holds the other end. He is responsible for the belay, essentially to catch you if you fall. The lead climber starts climbing up toward the first bolt and clips into it. Now, at least the belay has something to work with and can catch you if you fall. Climb to the second bolt and repeat the process. The scary part is that every time you clip in and climb you are above to the point where you are connected. If you fall, you fall twice as far as you have climbed since the last bolt before the belay catches.

In our case, I was lead climbing to the top to hook in the rope for the others to climb “top rope.”

I thought of it like a roller coaster. You know it is safe, but there is still going to be a scary moment when you are sliding down that you question whether all this gear will work.

I was about two-thirds up the rock and about 10 feet above the last bolt. I came to a spot that I couldn’t really find a grab above me or a foothold that felt like I could drive off of. The only grab I could find was a little more than a high spot on the rock to grab on to. There was a nub to put my foot on. I sat there, for what seemed like minutes, looking for better holds.

There was clearly no way I could pull myself up on that tiny hold. I knew I’d fall if I tried. Those who I had talked to had assured me, I could pull up on much less than I ever thought, but still, they couldn’t have meant this.

I realized at a certain point I had to make a choice. I could climb down or I could go for it. If I tried and fell, at least the rope would catch me and I could try again, or climb down then.

So I grabbed the high spot and put my foot on the nub and … it was totally anti-climactic. I climbed up to the next bolt like I was on a ladder. I would imagine a real rock climber wouldn’t have even slowed down. Nonetheless, it was a huge victory for me.

It is cliche that sport is a metaphor for life … but that day I understood it.

I realized there were so many places in my life like that rock, areas that for whatever reason, I was afraid to go for it. Even when the consequences were minimal and I had plans in place to protect me, I still was afraid to try.

There are so many places in our lives where we spin in limbo waiting for something to happen afraid to do anything — even though there are no real consequences, except the fear of fear.

Rock climbing is fun. Roller Coasters are fun. What else are we missing out on?

ORIGINALLY PUBLISHED June, 2015 I did my first lead climb last week. It was pretty scary. For those that don’t understand, in rock climbing, a lead climber is the first one up the rock. He pulls a rope up behind him. In our case, we were sport climbing, meaning there were bolts drilled into the…