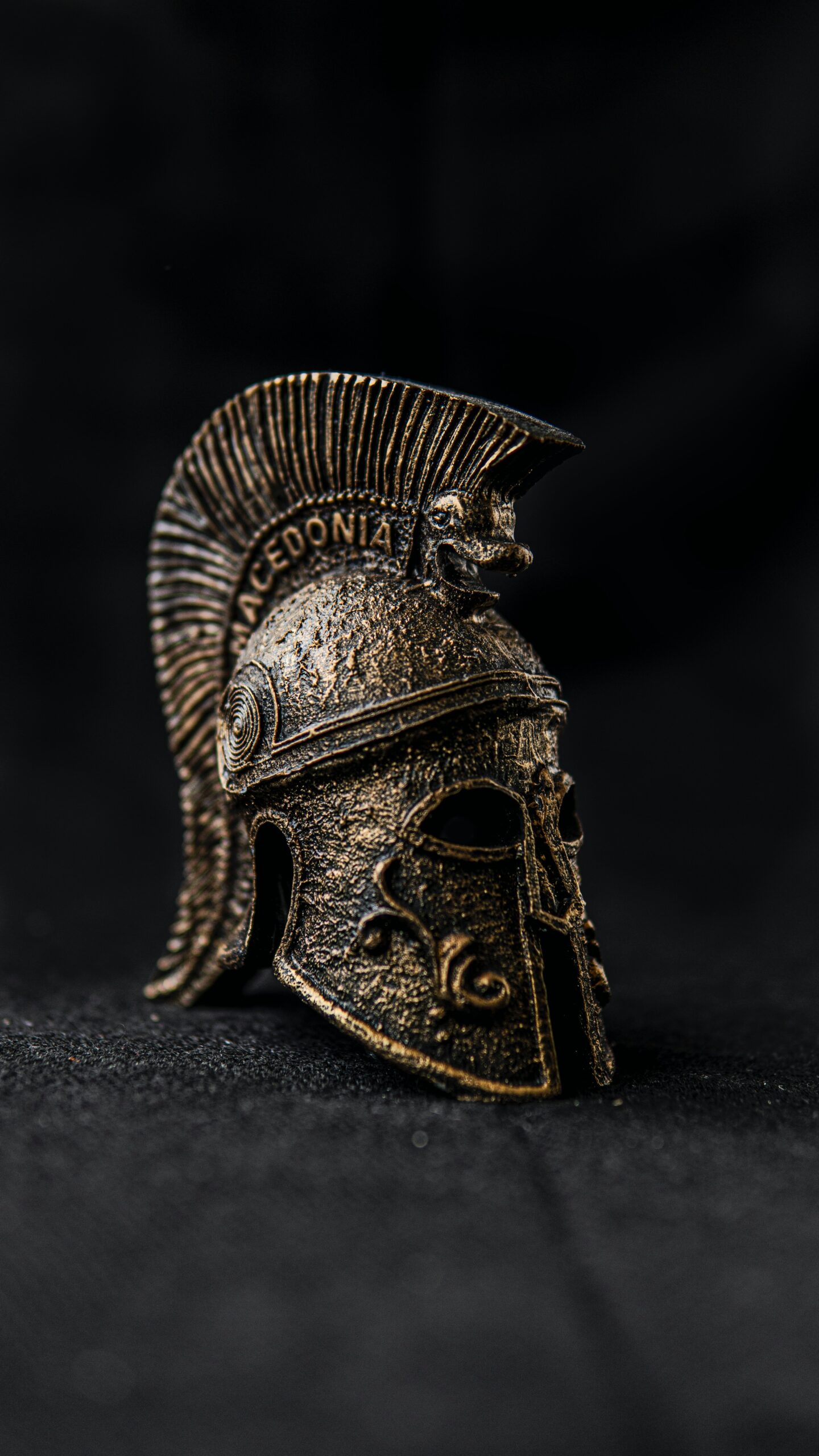 “Out of every one hundred men, ten shouldn’t even be there, eighty are just targets, nine are the real fighters, and we are lucky to have them, for they make the battle. Ah, but the one, one is a warrior, and he will bring the others back.” ― Heraclitus

As a cop and self-defense coach, I feel like I am supposed to meditate on the theater shootings that happened last week in Aurora, Colorado. And while I have been thinking and reading and talking about the tragedy a lot over the past few days, I am not doing it so much in my role as a police officer or coach. I am thinking about it as it relates to my duties as a father, husband or friend.

I have tried to visualize myself in that theater in almost all possible scenarios: alone, with my wife, with my kids, armed, unarmed, in the front row, in the back row. What if someone I am with takes the first bullet? My wife? My son? In any of those scenarios, the primary goal is obvious – preservation of myself and my family. For me, as a cop, there is also the goal of protecting the innocents as well.

I know little about what happened aside from what we had have read in the reports so my perspective comes from speculation based on the news stories. My thought and intention is not to point out what anyone did or didn’t do that was wrong – truth is, until you have been there, no one knows how they will react – but I want to sort out my thoughts about it to build a road map for me and my family to follow if we ever find ourselves in a similar situation.

I am not looking to insert myself in the debate over concealed carry or gun laws. That is for the smarter, more political folks than me. I understand that the theater was a “No Carry” zone but I have yet to hear anyone that was there say that they would have been armed had it not been for the ordinance. I have read a lot of blogs and opinion pieces that stated that things would have been different if there had been just one armed citizen in the theater.

From all the accounts I have read and listening to the police radio traffic, that place was chaos — Smoke and screaming and gunfire in a darkened theater. The murderer was dressed in ballistic body armor, a gas mask and armed with an assault rifle, shotgun and handguns. While just the image is intimidating, it also doesn’t make for a great target; even for most trained shooters more than a few feet away (I don’t assume theater goers would lug an AR-15 in for personal protection, I’m figuring a handgun). It is probable that even a good guy returning fire may have created additional victims in that chaos.

I worked myself through all the scenarios in my head. I stuffed my wife on the ground and moved toward the shooter. In my scenario, while it was loud, chaotic and smoky for me, so it was for him. I have worn a gas mask before. It constricts your vision. I can only believe he had to fire randomly into the audience. He couldn’t be aiming. This gives me an opportunity to get close. I know I’ll probably get hit but I realize I have to get my hands on him to stop him. If I am armed I have to get close to shoot him. I have to stop him. If not he might shoot my wife. She knows once I touch him, once I have his attention, to run. We’ve talked about it.

But what if I have the kids? My first thought is to be a shield for them. But as I work through that scenario, I see myself covering the kids with my body. Then I realize I am nothing but a target. If I sacrifice myself as a shield, the bad guy still can get them when I am dead. I am not afraid to die to protect them, but I want my sacrifice to get them out of there alive. Once, again, I realize I have to take the fight to him. In fact, as I worked through all the scenarios, the only workable option was to attack, no matter where I was sitting, who I was with or If I was armed or not. Even if my loved one was wounded, medical help can’t get there if this guy is still shooting.

In some of my scenarios, it was tough, hopping seats, dropping to the ground and crawling over people, pushing through them. But I practice a lot of that, hopping and climbing (here is a plug for functional fitness training). In some of my mental pictures it is difficult to get to the shooter. I realize it won’t be easy. It is a crappy situation. As I am working through the scenarios in my head in my backyard sipping a beer, I hear my Coach Tony Blauer repeating his three golden rules for this type of situation:

1) Accept what is happening. Sure, there will be a freeze moment. But I can’t get stuck there. I have to act.

2) Get challenged. It is pretty easy to feel threatened by a body armor/gas-mask clad rifle toting murderer. Coach tells us to see it as a challenge.

3) Keep moving and thinking. I’m not saying it is going to be easy. Getting to the aisle in a packed theater is going to take some work but with the goals I’ve set, there is no other option.

The truth is this whole drill is just a version of a tool Coach Blauer designed for his students called the Cycle of Behavior™. On paper, The Cycle of Behavior is just a flow chart of our mental circuitry and the mental and psychological walls or paths we allow ourselves as we see any given scenario – in this case, a heavily armed sociopath in a crowded theater. In my head, though, it is a road map for me to follow if or when I find myself in a similar situation. I realize this exact scenario will likely never happen to me. But something similar could. The road map will still get me there.

In the Cycle of Behavior, Coach runs us through our motivation, our expectations, our visualizations, beliefs, neuro-associations and FEAR management skills. He shows us how to get through the Challenged or Threatened Door and into action. He teaches us how to not get stuck in the Fear Loop and not to freeze.

I have always considered myself a fighter. I train cops on hand-to-hand combat. I have wrestled since I can remember and coach high school wrestlers. I fought more than 20 professional MMA fights. I have spent a good portion of my life on mats and in rings and cages. I like to hit and I can take a punch. But it wasn’t until I understood Coach Blauer’s mental approach to street combat training that I realized what my sport training was lacking. The best jab, double leg takedown or arm bar wouldn’t have have helped if I didn’t put it to use. It isn’t hard to figure out when to start fighting in a ring. Listen for the bell. In real life violence, the bell still rings, we just need to train a little differently to hear it.

I can’t second guess anyone who was there or what they did. There may be stories that emerge out of this tragedy of heroics. All I have is a hindsight perspective from an armchair quarterback on how I believe I have trained to re-act in a similar situation.

See, I don’t think several armed people in the theater would have made much of a difference. It was chaos. I do, however, think a difference could have been made by a single trained person. That trained person may or may not have had a gun. It wouldn’t have mattered. What about ten trained warriors deciding to take the fight to that coward?

I mean responsible training into real life scenarios. I mean mentally and physically preparing yourself and your family for a horrible situation like this, empowering them with the tools and awareness to find a solution – to get out of there safely. Mental preparation, fear management, functional fitness and principle based tactics are the keys.

I am not a militant. My kids aren’t taught that everyone wants to hurt them. To tell the truth, I may not have even been armed if I was sitting in that theater that night.

I am sad for the families who lost loved ones or who were affected. I am sorry and sad for the cops and firefighters and medical personnel who had to respond. I am sad for the upcoming debate we will see on the news as to whether this was caused by the fact that some states legally sell assault rifles or by the other fact that the theater disallowed legal concealed carry. I am sad that our country’s brightest minds can’t see that changing either law, would have had little or no effect on this tragedy.

I am sad that instead of learning how to become experts ourselves on how to spot these types of things and protect ourselves and our families, we are going to listen to the experts, in their hind-sight wisdom, point out the warning signs we should have seen with this creep.

I am sad that instead of seeing this as a call or opportunity to take responsibility for our own safety, most Americans are simply going to vote for changes in laws or look to a simple “solution” of carrying a weapon, rather than training to be a weapon. Whether it is a friend, a spouse, a child or a neighbor, we all have someone who may need us. Take that responsibility. Seek it out.

Be the one that brings the others home.

ORIGINALLY PUBLISHED July 22, 2012 “Out of every one hundred men, ten shouldn’t even be there, eighty are just targets, nine are the real fighters, and we are lucky to have them, for they make the battle. Ah, but the one, one is a warrior, and he will bring the others back.” ― Heraclitus As a…